Even though dogs are known to be cuddlier than cats, most cats, actually, enjoy humans’ presence just as much as dogs do. Of course, there are some that are more affectionate than others, and according to Cheryl Hogan from The International Cat Association (TICA), here are nine cat breeds that like to cuddle more than others and are more likely “to go out of their way to snuggle right into your heart.”

Scottish Folds are quite mellow and docile and could spend the entire day sitting in your lap, just looking at you with their big, round eyes and waiting for you to cuddle them a bit more. Taylor Swift has two cats of this breed, named Olivia Benson and Meredith Grey.

In addition to cuddling, these cats also like to be held, so you can expect them to go limp in your arms and just stay there. They have so many dog-like traits that people often call them “puppy cats.” They are known to be indoor cats and they enjoy spending time with their owners, more than with other cats.

If you want a social cat, you should get a Tonkinese. These cats are known as quite vocal, i.e., they like having conversations with humans, and, of course, to be cuddled along the way.

According to Cheryl Hogan, Birman cats are one of the most affectionate breeds. “I’ve never met such a people-oriented cat in my life,” she says. These big fluffy cats will always rely on you for companionship and will want to spend as much time as possible with you.

Hairless Sphynx cats love to spend time wherever it’s warm, and the warmest place in the house is usually your lap, so… They are also usually silly and love showing off.

“The love you can see in their eyes toward their owners is incomparable” – this is how Hogan describes Siamese cats. They also love spending time in your arms and always want to share it with you how they spent their day.

If you want a personable, devoted, and friendly cat, this might be the right breed for you, though you should know they are quite rare in the US.

Here’s another quite social breed. Burmese cats, as you can guess, also like to be held, and they have rather expressive faces, which can help you understand them a bit better.

Finally, we have Bombay cats, which have pretty much the same attributes as Burmese, given that this breed comes from Burmese. According to Bombay breeder Wendy Klamm, these cats are “the goodwill ambassadors of the cat fancy, never having met a stranger. They make friends with everyone.”

Some other cuddly cat breeds include the Cornish Rex and Devon Rex cats (curly-haired cats), the Himalayan, Russian Blue, and the gentle giant Maine Coon.

Do you happen to have any of the previously mentioned? Or you’re thinking about getting one? Tell us in the comments what you think about these “puppy cats.” 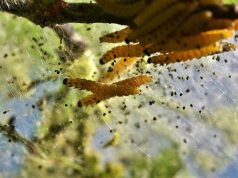 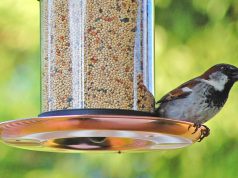 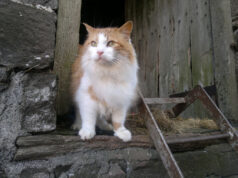 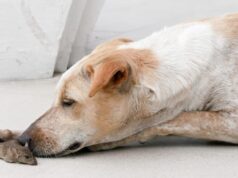 How Do You Get Rid Of Rats And Mice Without Harming Your Pets? 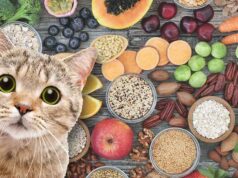 Understanding The Role of Fiber in Your Cat’s Diet 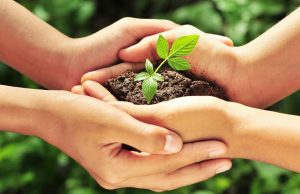 Farmer Petar - December 4, 2022
0
Reducing your carbon footprint is one of the best ways to become eco-friendlier; doing so also allows you to live a more sustainable lifestyle....

Should You Add Wind Power to Your Farm