Global population growth in the world has led to changed and increased needs for the amount and types of food. Mass migrations of the population, as a consequence of wars, political circumstances in the countries, job search, but also a new type of “environmental refugees” – all this has contributed to radical changes in agriculture, livestock, food industry in general. The influx of the population of various religious orientations to Europe, America, Canada … has also conditioned a new food market, which must meet the demands and habits of the newly arrived population.

Former methods of cattle breeding and land cultivation, although ecologically justified, qualitatively better, are not enough for the New World and its appetites. Cows grazing on pastures, sheep running on hills, chickens pecking in the yard have long been rarely seen. Possibly on local farms or with individual livestock breeders and farmers, who meet the needs of their household and sell small quantities of products from their own farm. The primacy was taken over by large livestock and poultry breeders, who daily deliver unimaginable quantities of meat to retail chains and supermarkets. They are often meat exporters and are conceived as large corporations.

Enormous advances in technology in recent decades have significantly improved this branch of the economy. This is the only way to enable mass breeding and distribution of meat, under controlled conditions. Continuous improvement of conditions for livestock and poultry includes the following items:

The rooms where the cattle and poultry live act like a hospital wing. Sanitary conditions are at the highest level. The walls are clean and whitewashed, the windows are big, the air conditioners are working, the air is fresh, the dishes from which the animals eat and drink are made of stainless steel. Food and water are replenished automatically. The system of cleaning waste products has been solved in the most practical way possible, with the constant assistance of employees who wash the floors with spruce. Although almost everything is automated, there are still living beings and it can never be said with certainty that everything is fine. necessary. Cameras that record from various angles, allow insight 24 hours a day, 7 days a week. Both animals and employees are thus provided in the event of a problem or unforeseen event.

Ventilation, aided by today’s technology, is at an enviable level. Compared to the old, dark and stuffy stables, now air conditioning works constantly, pumping fresh air. There is no talk of heat or cold. Sensors balance temperatures, humidity and make the air in the room optimal. An important achievement in the field of ventilation on farms is the invention of hypocycloid gear motors that can be adapted to the tubular space and thus installed, where necessary on the farm. According to the Canarm, special types of flooring for every type of animals, like swine flooring, further improve ventilation making whole space pleasant for animals.

In addition to cameras and continuous video monitoring, drones are also involved in surveillance of livestock and poultry facilities. Nothing is left to chance anymore, so unwanted events are kept to a minimum. But, they are mostly used in situations when cattle are taken to pastures. This is important with the general condition and health of the animals, and thus the quality of their products. Their behavior is controlled on the pasture, where it can be seen that even if some of the animals graze less, they are aggressive, lie down excessively or have some other problem, which requires a reaction.

Who would have guessed that no one will have to keep cattle, that sheep and cattle dogs will not be needed, except as a decorative moment! The invention of the electric fence makes grazing cattle comfortable and safe. There is no longer any danger that they will break through the fence and eat clover from which they can swell and die. Also, it is provided to stay exclusively on pastures belonging to a livestock farm and no one else’s territory and crops cannot be endangered.

Automatic milking machines have been around for many years, but now there has been progress. Not only are milking parlors placed on a large number of udders at once, but each cow or sheep has its own file. The exact origin, quality of milk and health condition of the animal were recorded there.

Poultry farming also has many benefits from advances in technology and its application. Diet and water intake do not depend only on robotics. Incubators where chickens are laid have been modernized so much that they face spaceships. They have their own control panels (also gear motor operated panels), which constantly monitor the temperature, air flow, humidity and all the necessary parameters for the performance of new generations of chickens.

Like humans, pigs differ from each other, regardless of the fact that they are exposed to the same conditions on farms. Some eat more, some less, some are more active, and some lie more. In accordance with these differences, the modern farmer strives to equalize the weight and closely monitor the health of each individual. If it is noticed that a cow or sheep is overweight, which is absolutely bad for them, then we are working on reducing the weight. This is done not only by reducing and balancing the diet, but also by setting up a pedometer, which measures how many steps the animal has made that day. If she moves less, then she works on her ‘training’, runs outside more often and makes her walk and run as much as possible.

Engineers have constructed an automatic urine detector that maps urination on pasture. This knowledge is needed by breeders to find out about the condition of the urine, the amount of ammonia due to the animals and the environment). If an imbalance is observed, then the descent by which the cattle are fed is balanced in another way. The frequency of grazing is determined and the newly formed urine composition is monitored. Also, it determines the fertility of individuals and their ability and time of conception.

As we can see, the breeding of cattle and chickens has reached a serious scientific level. Not only technological achievements, but also other methods, brushing, massaging cows, pedicure of hoofs and other specific things, contribute to improving the quality and quantity of their milk, the health of their offspring, and their good condition and longer life. Great care is taken to ensure that the animals are treated humanely and that their lives are as good and comfortable as possible. Such treatment is not only because of what they give to the human race and because of their role in the food chain. Awareness of respect for all living beings has become important and people have realized that they are not self-sufficient and that biodiversity is a condition for the survival of the entire planet Earth. 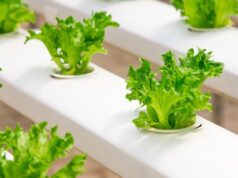 Soil In Farming – Risky And A Ceasing Need Of The Past? 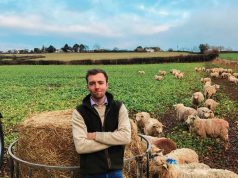 Everything you Need to Know How to Develop a Farm 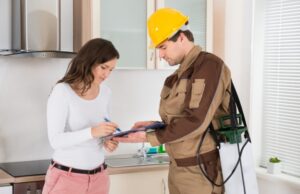 Ricardo Orlando - May 13, 2022
0
Are you thinking to hire a professional for pest control? Or do you worried about the prices? Or still confused that is it worth...

How to Fix Artificial Grass On Wall

How to Match Your Kitchen Tiles and Countertops – 2022 Guide