Rabbits are mysterious animals and it’s not always that easy to interpret every movement they make. If you are still uncertain what some of your rabbit movements mean, you can find the explanation in the text below.

These small creatures are prey animals, which means that you need to be careful in your interaction with them. But everything they feel they will show through their actions.

Thumping should be interpreted as a warning to steer clear of their territory. Thumping with their hind legs also suggests their dissatisfaction with something. Sometimes rabbits may thump their hind leg so hard that they break their foot, so, be wary.

Rabbits tend to dig out a hole in the ground which serves them as a nest for raising their young. This behavior is typical for rabbits and it is also transmitted to the domestic rabbits. This means that the owners should provide their rabbits with an area where they can scratch and dig.

This is also another typical behavior with rabbits, where they use their hind legs to stand upright, which means they are looking for a predator.

This behavior is also a meaningful one. It means that your rabbit is marking its territory. Each animal has its own characteristical movement to mark its territory, so you should not discourage it.

This behavior is often found in male rabbits, and spraying urine is something they do to mark their territory, in order to court a female (where the female rabbit is sprayed with a small amount of urine). This could pose a problem if the rabbit isn’t neutered.

If the neutered rabbits don’t stop with spraying, try to figure out what causes it, and try to adjust the environment to their needs as there is usually something they find repulsive.

Intentionally urinating or defecating can be a rabbit’s way of marking territory or showing disapproval.

If they defecate or spray urine intentionally, it is a sign of territory marking or their dissatisfaction towards something. This also means that something needs to be changed in their environment.

This is usually a sign of dissatisfaction. However, if the growling lasts for a long time, it could also be a sign of a physical or emotional issue, which means that the rabbit needs to receive a full checkup from its veterinarian.

Grunting can be interpreted as the sound that belongs to mating behavior. The confirmation for this are the movements that the rabbit makes around its desired object.

This is the way the rabbits show some affection for something. However, if it becomes too frequent and there is a chance that the rabbit may start to bite, the owners should interpret it as a sign of hormonal behavior.

Nudging can mean different things, which is the reflection of the rabbit’s temperament. It usually happens when the rabbit feels lonely, wants you to leave him alone or similar. You need to observe your rabbit for a while in order to be able to interpret this behavior.

JUMPING AND KICKING FEET TOGETHER

Rabbit do this when they want to show some pleasant feeling, happiness, and joy.

Especially when they are adjusting to their new environment, the rabbits tend to cower, and this behavior should be interpreted as a sign of fear. In order to feel safe, the rabbit needs to be given a place of its own, such as a cardboard box, where it can hide and retrieve its feeling of safety. If you know that your rabbit feels comfortable with its own environment, this means that it could be ill, so take your pet to a veterinarian for a full checkup.

This behavior can be seen in two ways. The first one is a sign of the overgrown teeth which means the rabbit needs to be taken to the veterinarian for grooming. However, it can also mean that your rabbit is showing affection and relaxation towards something. Just to be certain, check if your rabbit is eating properly or having a normal decal discharge, to establish the exact reason for the teeth grinding.

Sneezing is usually a sign of illness, or the reaction to its environment (its cage most likely). If it starts to happen frequently, take your rabbit for a checkup. 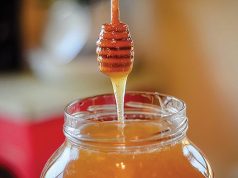 5 Steps to Take When Harvesting Honey 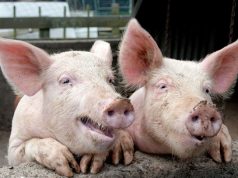 6 Reasons to Reconsider Raising Pigs in the City 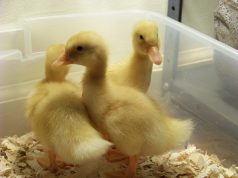 How to raise ducks with a broody hen

Ricardo Orlando - November 30, 2022
0
Real estate is a big investment, because over time they are more valued and their value is almost lost in any negotiations. Apartments, on...

Foods that boost your brain for study progress

The Unsung Heroes of Gardening Tools

Reducing the Workload of Your Garden