Some think that the goats are eating everything that is in their sight. There is no doubt about the fact that their diet is pretty diverse and that they enjoy eating a lot of different plants. But still, that doesn’t mean that they don’t care at all about what they put in their bodies. Just like everyone, they also have things that they like more than the others.

When it comes to feeding the goats, the experts say that they are going to regulate their own diet. One of the experts has said that people often think that they are smarter than the animals and they force them to eat something that they think it’s right, when in fact, the animals have a pretty good idea of what they need to get into their stomach.

For example, the goat is going to eat Dandelion greens which are going to give it a nice dose of vitamin A, while tree bark and the leaves are full of minerals that are good for goats. The diversity is the most important thing when it comes to which plants should the goats eat. If that is in check – everything is going to be fine.

Some experiments have found that the goats are usually going to pick the foods that they already felt are good for them. When they eat something, their body gives them the feedback that they need. The nutrients and toxins in their bodies are going to signal them what is okay and what is a big no-no.

When you combine that with the fact that they are going to pick the food based on their own nutritional needs, you get the process that goats go through when they are trying to pick the right food.

Of course, they do make some poor choices from time to time. Then, their bodies are giving them all the signals that they need in order to avoid those foods next time. 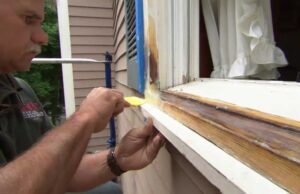