Most of the flowers are visually attractive in our eyes. However, they also have a lot of different colors, shapes, sizes, and even fragrances. Some of them can be a great companion to your garden at home. And some require deep understanding to grow ideally. According to gardenandgrass.com, there are a lot of kinds of flowers all over the world.

On the other hand, giving flowers to loved ones has become a tradition or appreciation for most individuals globally. It also represents the feelings of the people in particular events and occasions. Moreover, it is practically a mood-changing present for most women. As you know, women like colorful things, what more if it also has a great fragrance.

Furthermore, we want to share some information about flowers. Especially the secret of their names, colors, and uses. Yes, that is right. There is a specific meaning of a particular flower. Most of them have it. But not all of them have meaning behind them. So, let us move forward for better understanding.

Join us to discover some particular flowers that might surprise you about their meaning. So, let us explore and start this discussion!

Some Particular Flowers And Their Meanings

This section contains the various flowers that you typically see in some places. Their meaning is also included below. So, keep on navigating to know more about them. It includes the following;

Some people call it Parrot Lily or Peruvian Lily. It originated from the South American genus that has about 50 flowering plants. It also mainly grows from cool places like mountainous regions in the Andes. It also blooms during late spring or early summer.

This kind of flower also has different colors. There are some red, orange, pink, purple, white, and salmon colors. Thus, it doesn’t have a fragrance. They also have a two-week lifespan when you put them into a vase. They also stop producing flowers if they get too hot. Besides, not all of them have striped petals.

Moreover, some hybrids propagated in a laboratory. Yes, that is true. The hybrids and 190 cultivars of Alstroemeria are developed with several markings and colors that range from golden yellow, white, orange; to apricot, purple, red, lavender, and pink.

Most significantly, Alstroemeria symbolizes wealth, fortune, and prosperity. And some people consider it as the flower of friendship. Most people make it a present for the business opening, home blessing, birthdays, and more.

Chrysanthemum is from the Greek word ‘Chrys’ means golden, and ‘anthemon’ means flower. This flower has different forms such as daisy-like, decorative, buttons, or pompons. Its blooms come in a wide variety of shapes and sizes and a wide range of colors. Some colors are white, red, and purple, aside from the traditional yellow ones.

In addition, did you know that Chrysanthemum is a tropical flower? Yes, it is inevitable. They are grown initially in the Eurasian region. It also belongs to one of the largest flowering plants with over 1,000 genera and about 20,000 species called the Asteraceae family.

On the other hand, you can’t deny that Japan embraces this flower dearly. It started when Buddist monks brought it to Japan in AD 400. And that time, their emperor loved it and made it a decoration on his throne, and it became the so-called Chrysanthemum throne. Later on, it became the Imperial Crest of Japan and called Kikus in Japanese.

As for the appreciation for this flower, Japan holds spectacular annual Chrysanthemum exhibitions. Also, they even use it as an ingredient for their tea as a relaxant. Therefore, the Japanese also appreciate this flower and place it in some containers and displays in their patios.

Additionally, there are some symbolic meanings for this kind of flower. It symbolizes long life, joy, fidelity, and optimism. Colors also have a particular meaning, red for love, yellow for slighted love, and white for truth and loyal love.

The Netherlands is the world’s leading exporter of roses. Thus, they do not originate from them. Instead, the birthplace of the cultivated rose was probably Northern Persia on the Caspian or Faristan on the Gulf of Persia. Historically, Colorado’s oldest rose fossils have been found dating more than 35 million years ago.

Another exceptional theory is that ancient Egypt considered roses their most sacred flower. Therefore, they use it as an offering for the Goddess Isis. Roses were also found in Egyptian tombs where funeral wreaths formed. Even Confusious reported that the Imperial Chinese library has many books on Roses, way back 551 BC to 479 BC.

Roses symbolize love, beauty, even politics and war from the past. And as for today, it is still the flower of love, especially the red ones. Though other colors also contain a specific meaning, all roses are the classic beauty of all the flowers out there. Even history can approve of that thing.

As for the other color of roses, these are the following color meaning;

And that is it. We hope that we give some knowledge about some particular flowers that most of us are curious about. It might be surprising, but it leads us to new learnings about a specific thing like those flowers above. We hope that you finally meet the secrets that these flowers have.

So, what are you waiting for? First, express your feelings with the flowers that symbolize different meanings. Then, share the secrets behind these flowers. Thank you, and Goodluck! 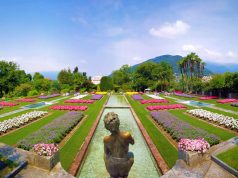 The Most Beautiful Gardens in Italy 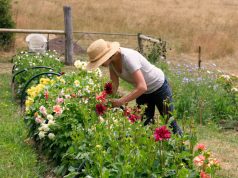 How to Start an Urban Flower Farm 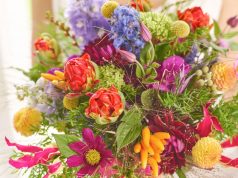 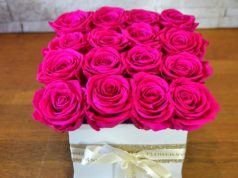 Roses are Important, but Long Lasting Roses are a Necessity! 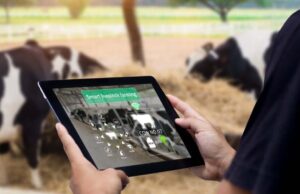 Ricardo Orlando - December 30, 2021
0
Global population growth in the world has led to changed and increased needs for the amount and types of food. Mass migrations of the...

How to Fix Artificial Grass On Wall

How to Match Your Kitchen Tiles and Countertops – 2021 Guide